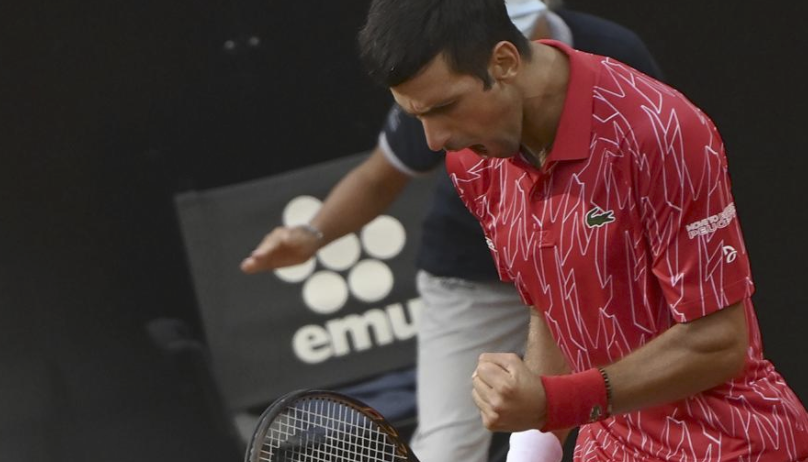 In the first ATP 1000 final in his career, seed No. 8 Schwartzman made good use of 2 breakpoints to lead 3-0, especially when Djokovic’s powerful backhand did not work. However, Djokovic quickly got up to remove 3-3 and then won set 1 when he broke his opponent’s game in game 12, despite making 18 mistakes.

Each type of defending champion Rafael Nadal in the quarterfinals, Schwartzman broke Djokovic’s game at the beginning of the second set, but once again the Serbian star showed his talent by breaking the opponent’s serve twice to become the oldest tennis player to win this award at the age of 33. Up to now, Novak Djokovic keeps breaking many records in tennis history.

Thus, towards Roland Garros 2020 to start qualifying from the beginning of this week, Djokovic wins 31 out of 32 matches in 2020.

The only match he did not win was due to a defeat because he hit the ball in the throat of the referee at the US Open 2020.

In the women’s singles, 1st seed Simona Halep was crowned as second seed Karolina Pliskova gave up due to injury while being 6-0, 2-1. This is the first time Halep has won the championship in Rome, but it is the Romanian tennis player’s third consecutive title this year.

The defending champion Pliskova tried to continue after receiving treatment for the lower back and leg pain between the two sets but ultimately decided to give up due to not daring to take the risk when the opening day of Roland Garros on September 27 was approaching.

Halep is confident towards Roland Garros 2020

Choosing to drop the hard courts and the US Open to focus on clay courts, Halep is considered a candidate for the Roland Garros 2020 championship, after the world’s No. 1 Barty and US Open champion 2020 Naomi Osaka announced they did not come to Paris.