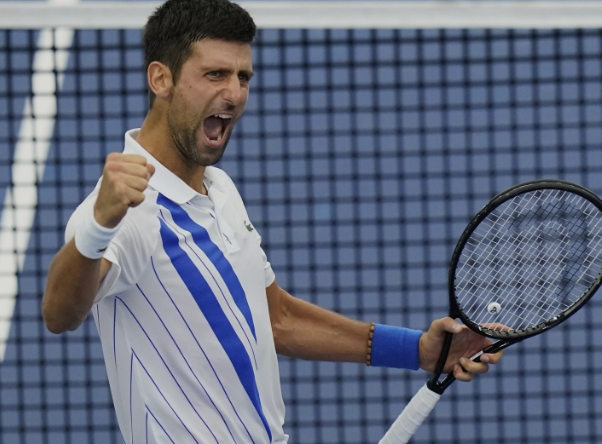 Lower Milos Raonic 1-6, 6-3, 6-4 in the Cincinnati Masters final on August 29, Novak Djokovic is the only person in history to win each Masters at least twice.

The 11th consecutive win over Raonic helped Djokovic reach the historic “Masters career” for the second time at Cincinnati Masters. Two years ago, he set the record for collecting all nine Masters when crowned in Cincinnati.

Djokovic is currently the highest performing player at ATP

Djokovic’s total victory in 2020 was at stake, as he repeatedly failed in the first set and lost 1-6. Raonic kept the game steady thanks to his good serve and forehand play, while Djokovic showed signs of fatigue after a three-hour semi-final against Roberto Bautista Agut.

But just like the semi-final, Djokovic started back in the second set. The Serbian neutralized Raonic’s serves and forced his Canadian opponent to move more in a series of durable balls. By winning a game delivered by his opponent, Djokovic won 6-3 in the second set. That was the third time Raonic had lost a match game at the tournament.

Raonic just needed to keep the game delivered in the third set to go to victory, after leading 2-0 in the decisive set. But the more he played, the more the 29-year-old turned out to be drowned than his seniors. Raonic lost the two games and was led back 2-4.

Hope to reach the world’s number 30 player in Djokovic’s decision-making game. When leading 5-4, Djokovic allows his opponent to break-point. But Raonic did not take the opportunity, tackling the net after a series of durable balls. Djokovic scored three points to win the final 1-6, 6-3, 6-4.

Djokovic increased his Masters to 35, equalizing Rafael Nadal’s record. The 33-year-old has won 26 consecutive games, including 23 in 2020. Djokovic will have 48 hours of rest, before starting his US Open journey against Damir Dzumhur.

The women’s singles championship belonged to former world number one Victoria Azarenka after Naomi Osaka withdrew due to a hamstring injury. Osaka’s ability to attend the US Open is currently questionable.