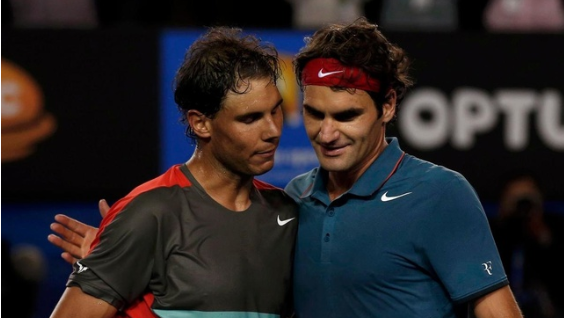 The Spanish tennis player and fellow basketball player Pau Gasol are calling for a donation of USD 10 million to help their homeland to fight the Covid-19 pandemic.

Rafael Nadal and Pau Gasol launched the #NuestraMejorVictoria campaign with the goal of raising $ 10 million to support the Spanish Red Cross in an effort to stop the spread of coronavirus.

Influenced by the Covid-19 pandemic, a series of international tennis tournaments have been postponed. Both ATP and WTA can only return as early as 7/6.

During the break, many other players also took actions to promote the prevention of the coronavirus. Roger Federer and his wife, Mirka, donated more than $ 1 million to families affected by the Covid-19 pandemic in Switzerland last week.

Another player who also donated $ 1 million to the battle is Novak Djokovic. He and his wife, Jelena, are donating 1 million euros (approximately 1.1 million USD) to buy ventilators and other equipment for hospitals in their home country of Serbia.

Rafael Nadal is the latest tennis star to announce his participation in the Madrid Open virtual competition later this month. This is a fundraising event for the fight against the pandemic.

The Madrid Open is scheduled to be held from May 1 to May 10 in Spain but is delayed by non-competitive tennis tournaments at least until mid-July due to the effects of the Covid-19 pandemic. However, the tournament organizers on clay court decided to create a copy in the video game, taking place from April 27 to April 30.

Rafael Nadal, John Isner and Kiki Bertens are the latest tennis stars to confirm their participation in the virtual event. Earlier, Andy Murray and Lucas Pouille had pledged to participate. The goal of the virtual tournament is to help the struggling players at the moment, those who have no income after the tournaments are postponed.

The virtual tournament will feature a prize money of 150,000 euros for each male and female content. From there, the winners can decide the amount they donate to their struggling colleagues and another 50,000 euros to be used to address the social impact of the pandemic.

In terms of competition format, 16 players in each men’s and women’s events are divided into 4 groups. The two leading each group will go to the quarterfinals and compete in the knockout stages to find the champion.