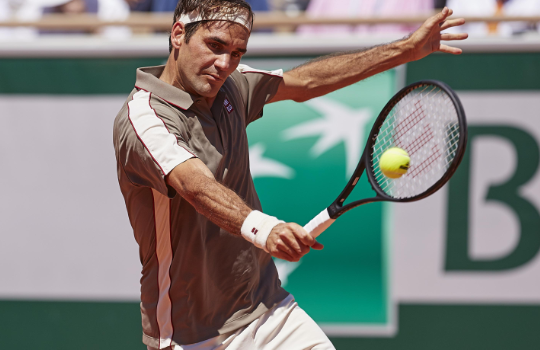 Tennis legend Roger Federer is having a “headache” because of personal issues that greatly affect his ambition to hunt the 21st Grand Slam.

One of the biggest controversies in the past of world tennis is when the Organizing Committee of Roland Garros (French Open) 2020 decided to delay the time of this Grand Slam tournament to start from 20 / 9 to 4 October 2020, due to the complicated development of the Covid-19 epidemic in Europe.

Thus, the clay tournament in Paris (France) will replace the US Open (from August 24 to September 13) in New York (USA) to become the final Grand Slam this year as expected.

Federer plans to give up Roland Garros 2020 to attend the Laver Cup, a team tournament that he has won for three consecutive years in Europe.

For Roger Federer, “Express Train” is planning to skip Roland Garros to attend the Laver Cup team cup from September 25 to 27 in Boston (Massachusetts, USA) after attending the US Open this year.

However, according to ESPN, citing Tennis World Italy, the World Tennis Federation (ITF) is intending to impose a severe penalty on players who qualify but decide not to compete at Roland Garros this year. It can be a fine with a large amount, with the deduction of small points on the ATP rankings for players who violate this rule.

Federer has yet to comment on the 2020 Roland Garros decision to reschedule, and it is unclear whether the Swiss legend will come to Paris to compete. The 38-year-old Swiss tennis player is still recovering from a knee injury.

Another problem is the record of having 20 Grand Slams in men’s singles related to his family. According to the daily BLICK (Switzerland), the pair of sisters who have been babysitting for many years looking after 4 children of Federer has suddenly announced a series of quits, despite receiving a very good remuneration.