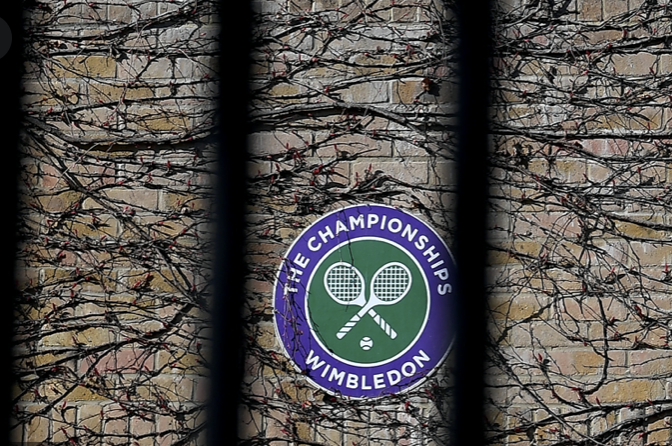 After 75 years, the prestigious Grand Slam Prize in the United Kingdom has been canceled, due to the influence of Covid-19. However, the Wimbledon Organizing Committee also has a more specific plan to make up for those who bought tickets this season.

Wimbledon up the compensation plan for the audience

For the first time since 1945, Wimbledon had to cancel the tournament and of course the tickets sold would have to be returned to the buyers. According to the latest announcement from the Organizing Committee of the field tennis tournament, those who already own the ticket will be entitled to buy a similar ticket immediately for next season. This means they will get a ticket with the same time and place in 2021.

This is considered a “comforting” move for the fans at the right time of Wimbledon, in a time when the pandemic is seriously affecting the global economy.

In fact, the All England Club (AELTC) – the Wimbledon organization is not too worried about the economic damage when they receive $ 141 million in insurance compensation. That’s the amount brought after 17 years of buying AELTC’s insurance, since the SARS epidemic in 2003. In fact, Wimbledon’s annual revenue is nearly $ 320 million and BTC brings about $ 50 million.

AELTC has also donated US $ 1.5 million to local charities and the British Red Cross. Earlier, the organization also joined hands with the ATP, WTA and ITF at an event supporting the Covid-19 season players, for an estimated $ 6 million.

When Wimbledon has been cancelled

There will be no dramatic matches at Wimbledon this year after officials from the All England Club decide to cancel the most prestigious tennis tournament of the year.

All England Club officials will hold an important meeting this week to decide how Wimbledon 2020 will be held in the context of the Covid-19 pandemic showing no signs of containment.

The decision was made after weeks of deliberation in the context of the corona virus pandemic that made the world of sports disordered. So, instead of the 134th Wimbledon 2020, this event will take place from June 28 to July 11 of 2021.