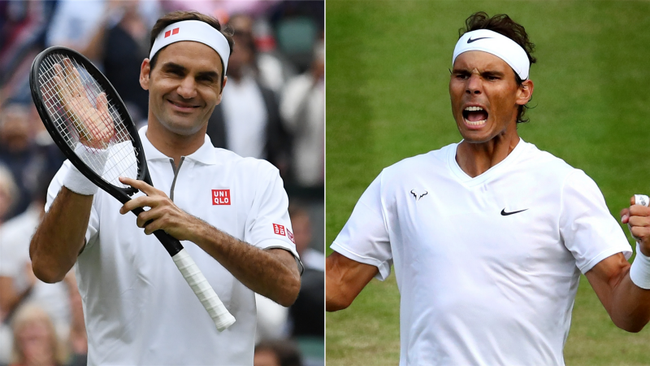 This is a tough one for any Federer fan to admit because Nadal basically has defeated Federer many times over the years. Yes Roger has won 6 of the last 7 meetings to scale down the gap a bit but he was unable to beat Rafa on clay and never beat him in Roland Garros (French), never even taking him to 5 sets definitely hurts his case.

These two have performed some great matches over the years including 5 set finals in the 2007 and 2008 Wimbledon finals. The 2008 event is widely considered a  the greatest match ever until the 2019 final. Their performance in the 2009 and 2017 Australian Open finals were also great and they’ve had some exceptional Masters matches as well. Their 2006 Rome final, although not a major, was beyond expectations, although in the end, as usual, Nadal won over Federer on clay.

So, who is the greatest male tennis player of all time? After really examining the numbers and the fact about these 3 warriors for the last 15+ years. Here are arguments for and against each of them for being the greatest of all time.

Roger Federer, at the moment has possess the most grand slam titles and has been unbelievably consistent in terms of performance for nearly 20 years. But his inability to beat Rafael Nadal consistently and basically at all on clay damage his case massively. How can you be the best of all-time if you cannot win your biggest rival at Roland Garros in 6 events especially when Nadal beat Federer at Wimbledon and 5 another time in a final. He’s also 1 – 4 versus Djokovic in major finals.