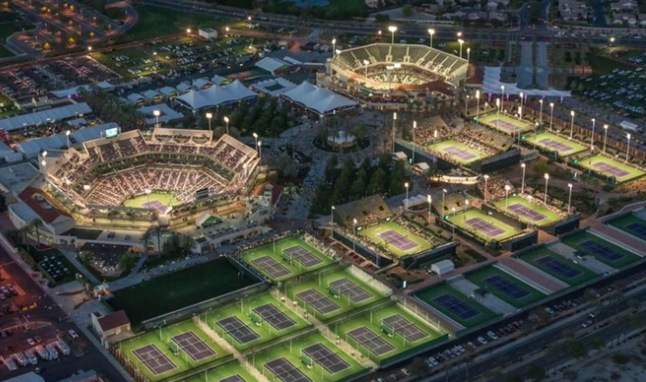 According to Spanish newspaper Marca, this year’s US Open Grand Slam could take place at the Indian Wells venue.

The US Open 2020, according to the original schedule, will take place in Flushing Meadows, New York, from August 31 to September 13. But this tennis complex is being requisitioned as a field hospital with more than 450 treatment beds. New York is also the epicenter, and the organization of the Grand Slam hard court here is in doubt.

Marca newspaper revealed on 26/4, US Open organizers are considering plans to move venues from New York to California, where the Indian Wells tournament is usually held. In early March, the Masters 1000 was canceled due to a pandemic. The complex of Tennis Garden Hard Court in Indian Wells has a total of 29 stadiums, of which the center yard can accommodate 16,100 spectators – the second largest in the world.

Tennis Garden complex will probably host the US Open 2020

The final decision, according to Marca, will be made by the US Open organizers in late June.

Tennis tournaments, including ATP and WTA, have been discontinued since March and can only be restored after July 13. Rafael Nadal, the US Open champion of last year, is quite pessimistic about that.

The owners of 19 Grand Slam hope the isolation restrictions will be relaxed gradually. However, Nadal acknowledges that public health remains a top priority.

“We have had nearly two months of extreme hardship and many irreparable losses. Many people have lost their jobs. It is a painful time to see so many people dying from the pandemic. I hope the global economy will recover in the next few months. “

In recent years, Rafael Nadal has had many active activities such as raising funds to fight with fellow basketball star Pau Gasol, or joining hands with Roger Federer and Novak Djokovic to provide urgent solutions to support Main to the difficult colleagues.