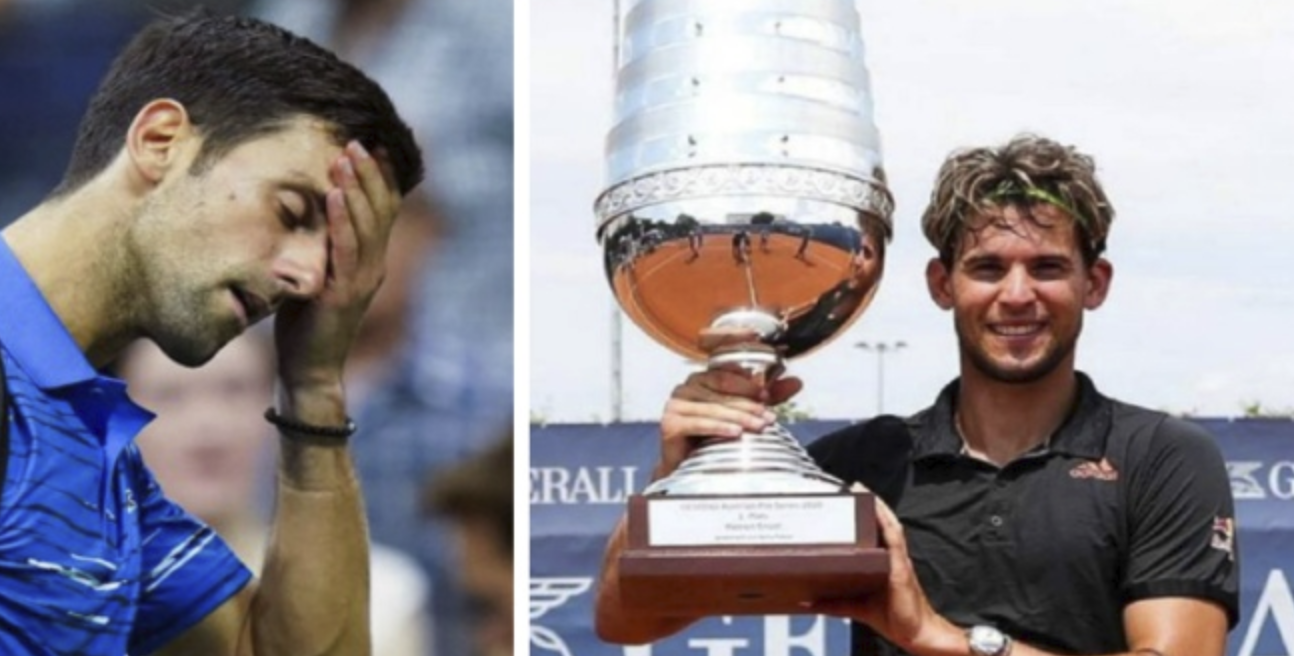 Djokovic was in trouble because of Covid-19, and Dominic Thiem was happily holding the cup.

At the same time Novak Djokovic met with a disaster because of the Covid-19 pandemic at the Adria Tour tournament, the world’s No. 3 player Dominic Thiem was excited to win the Series Pro title in his home country.

Novak Djokovic’s Adria Tour fundraising tournament was a disaster. To date, four players have been identified positive for Covid-19, including Nole.

With the crowding event during the time of the Covid-19 epidemic spreading in Europe, many people were not shocked to see such famous players as Grigor Dimitrov, Borna Coric or Viktor Troicki all have positive results. until the present time.

The opposite situation of Djokovic and Thiem

At the moment, despite being infected, Novak Djokovic is suffering from storms of criticism worldwide. This is actually quite unjust for Nole because this tournament does not violate the rules of the host country.

However, the fact that some players, including Djokovic, are infected with the corona virus and that the risk of knocking on any player regardless of their country of appearance if they do not strictly follow the rules of social spacing. Assembly in sports.

On the other hand, in stark contrast to the tragic scene of Nole, world No. 3 player Dominic Thiem is one of the few players who were lucky to not get sick, despite participating in the Adria Tour.

After returning from Serbia, Thiem attended the Series Pro tournament in his home country (Austria) and won the championship. In the final, Thiem defeated David Pichle (world 343) with a score of 6-2 and 6-0 in 59 minutes.

It is worth mentioning that the tournament took place in the town of Maria Enzersdorf did not have any spectators under strict regulations in isolation in Austria.

Not long ago, Dominic Thiem apologized after unfortunate incidents related to the outbreak of the Covid-19 outbreak in the Adria Tour. On Thursday, the Austrian admitted he was shocked to hear that his colleagues were infected, including Nole.