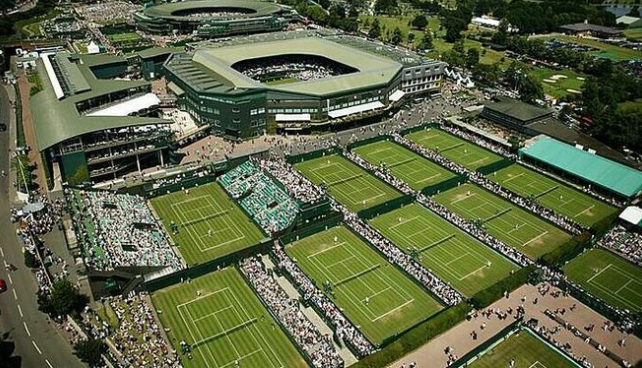 Craig Tiley, Managing Director of the Australian Open, commented that Covid-19 would delay tennis activities until the end of the year.

Tiley’s opinion was further strengthened by the end of April 1, Wimbledon organizers announced the cancellation of the 2020 award and ATP changed the time the professional tournament system returned, from June 7 to July 13.

If everything is true as Tiley said, the 2020 Australian Open is the only Grand Slam to be held this year, with the champion being Novak Djokovic. Roland Garros has been rescheduled for late September and the US Open is using the field as a field hospital. The possibility of these two Grand Slams taking place is not high, given the unregulated Covid-19 in the US and Europe.

Wimbledon 2020 has been cancelled

The Grand Slam tournament this year was canceled for Covid-19, after an emergency meeting on April 1.

The organizers’ decision meant that Wimbledon was canceled for the first time since 1945. The award was canceled 10 times, all due to the effects of World War. With the destruction of Wimbledon, there will be no more than three Grand Slams in 2020.

Wimbledon is scheduled to start June 29, but the organizers must soon decide to cancel because every year, the preparation for the tournament starts in April. Due to the peculiarities of the pitch, the postponement of the tournament brings difficulties and risks. This is also not feasible because the season’s schedule is full, especially after Roland Garros rescheduled the end of September, just one week after the US Open ended.

The cancellation did not cause great financial loss for Wimbledon. Many years ago, the Grand Slam on the pitch had insurance, to protect itself against abnormalities like the global pandemic. The amount of insurance paid for cancellation may be up to US $ 50 million.

Due to the influence of Covid-19, the All England Club sports ground is closed as recommended by the British government.

According to ATP’s announcement on 1/4, professional tennis activities stopped until July 13, instead of June 7 as expected.