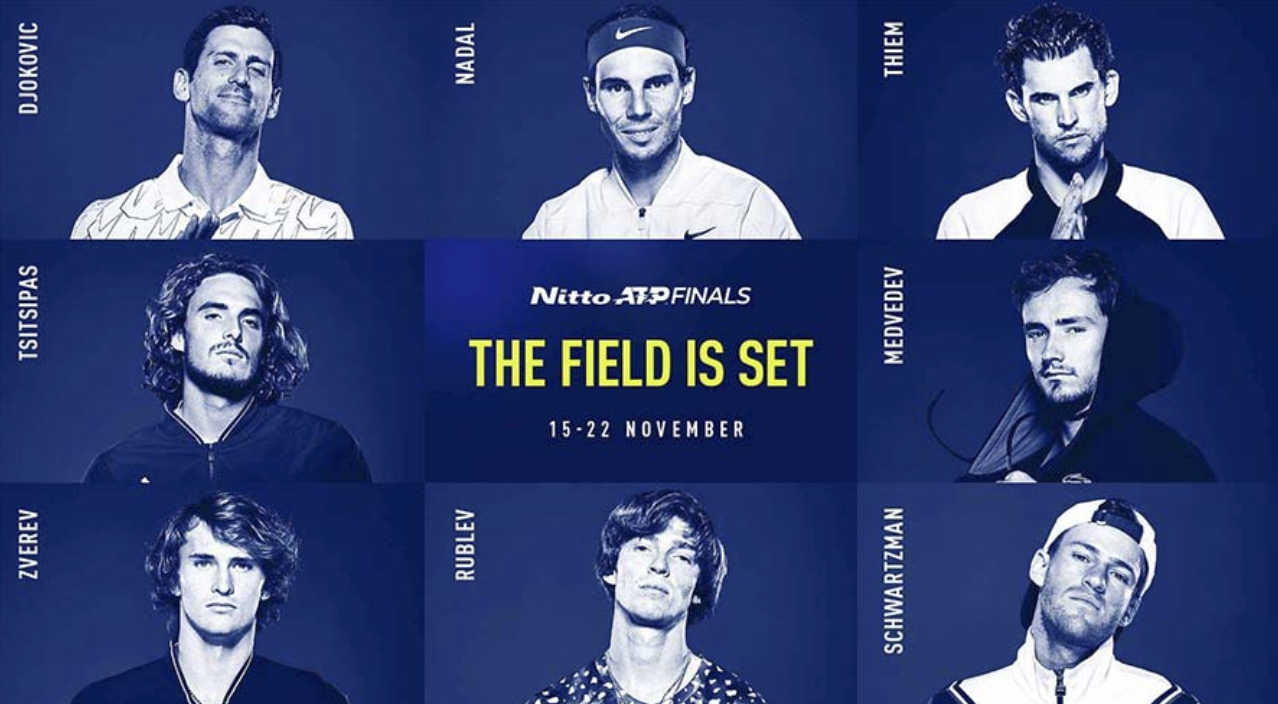 Nitto ATP Finals 2020 is the last major tournament of the year in the tennis world. This year’s tournament took place from November 15-22, becoming the last to be held in London before moving to Italy in 2021.

Based on the world rankings, the top 8 players will come to England. Because the world’s 5th place Roger Federer (Switzerland) had to leave the end of this season, the Argentine world 9th class player Diego Schwartzman was promoted to replace.

Players start from the group stage in a circle play format, with 200 points each winning. The top 4 players in the 2 groups reached the semi-finals, each winning 400 points. The winner of the final gets 500 extra points.

ATP Finals 2020 organizer has just drawn the table in the morning, bringing Rafael Nadal in a group full of pitfalls. World No. 1 Novak Djokovic is somewhat lighter in the group stage ATP Finals 2020, which will take place from November 15-22 in London.

The Serbian star in Group A is named Tokyo 1970 to commemorate the 50th anniversary of the ATP Finals. The same branch is the 2020 Paris Masters champion Daniil Medvedev, 2020 Paris Masters runner-up Alexander Zverev and rookie Diego Schwartzman. But in terms of difficulty, world No. 2 Rafael Nadal in Group B named London 2020 is probably tenser.

The Spanish star will meet Russian tennis player Andrey Rublev who is in good shape when he is the winner of the most titles in 2020, besides being ranked third in the world and 2020 US Open champion Dominic Thiem and ATP Finals defending champion Stefanos Tsitsipas. If a player is injured, Matteo Berrettini and Denis Shapovalov are ready to fill.