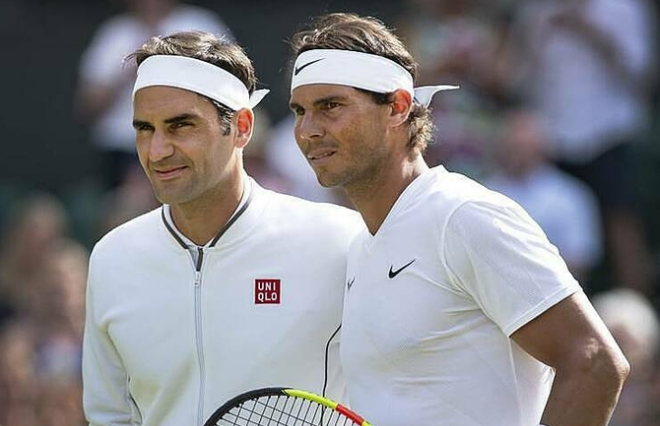 Former Australian tennis player Todd Woodbridge argued that Roger Federer and Rafael Nadal were worse than Novak Djokovic, when the 2020 Wimbledon was canceled because of Covid-19.

Roger Federer is nearly 39 years old and Rafael Nadal is also 34 years old. Novak Djokovic is one year younger than Nadal, but shows no sign of the influence of age when winning 21 matches before tennis must be stopped because of Covid-19. The Serbian has won all his tournaments since the beginning of the year, including the ATP Cup, ATP 500 in Dubai and the Grand Slam Australia Open.

The championship in Melbourne helped Djokovic have 17 Grand Slams, only less than Nadal and Federer two and three major titles respectively. With the 2020 Wimbledon canceled, Djokovic has no chance of catching up to Federer’s Grand Slams this year, as his father expected.

Federer, at the age of 38, is still the brightest candidate at Wimbledon – where he was crowned eight times. The grass field in 2020 was canceled making the opportunity to earn more Grand Slam of “Express train” much smaller. Federer was one of the first players to openly disappoint when Wimbledon organizers announced the cancellation of the tournament.

Roland Garros, Nadal’s grand slam, has to reschedule from May to the end of September – just one week after the US Open ends. However, these two Grand Slams will only take place if Covid-19 is controlled globally.

Wilander: ‘Djokovic lost the most because of Covid-19’

Former tennis player Mats Wilander said that the stopping of tennis because of the Covid-19 pandemic had the most impact on the world’s number one incumbent Novak Djokovic.

Before the professional tennis activities halted because of Covid-19, Djokovic won 21 matches in a row. In 2020, the world’s number one player wins all three tournaments, including the ATP Cup, the Australian Open and the ATP Dubai.

The cancellation of the Wimbledon Grand Slam also meant Djokovic lost an opportunity to close the Grand Slam distance with Rafael Nadal and Federer. Last year, Serbian tennis champion Wimbledon after beating Federer 3-2 in the final.

Federer was among the beneficiaries that Wilander mentioned. After being eliminated by Djokovic in the semi-finals of the Australian Open 2020, the “Express Train” operated on his knee in February. He intended to return to the football season in June, but the plan had to change due to Covid-19.