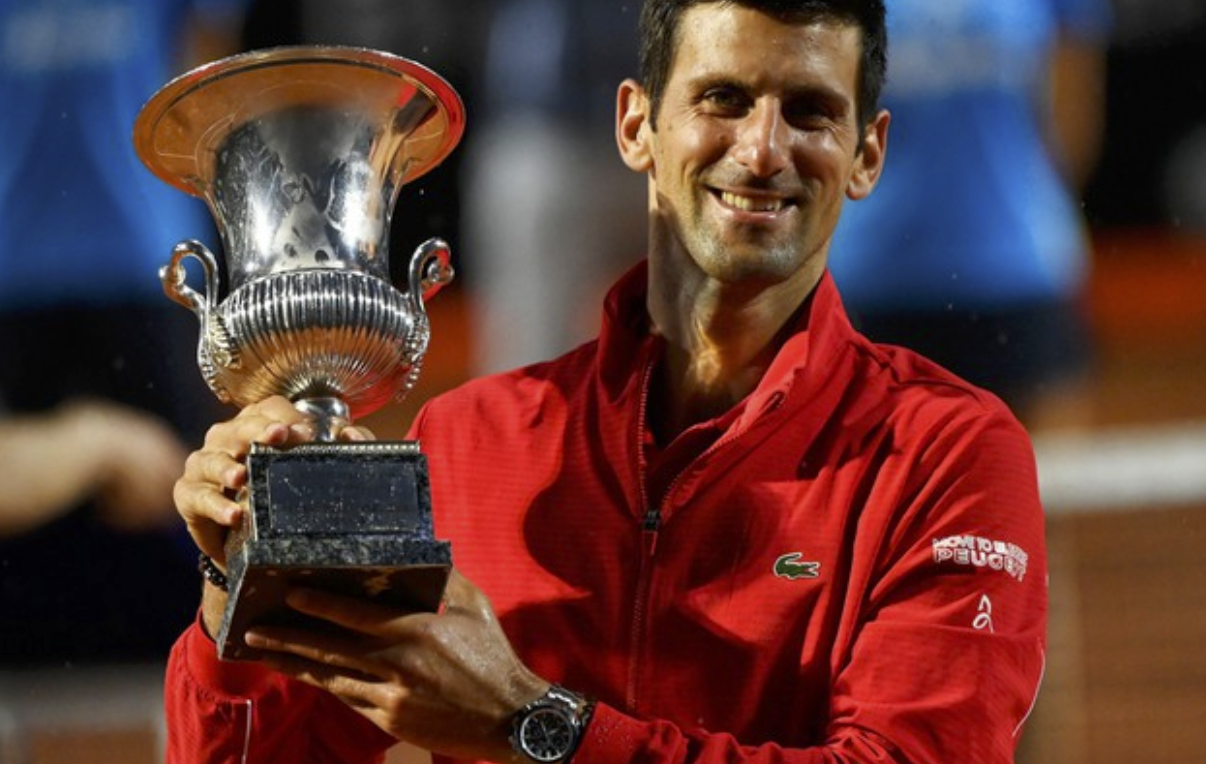 Ignoring the controversy because of the incident in the US Open, world No. 1 Novak Djokovic (Serbia) defeated Diego Schwartzman (Argentina, 8) with a score of 2-0 (7/5, 6/3) to earned the 36th Masters title of his career.

Djokovic’s opponent is a Schwartzman who is in very good shape when he defeated the “clay king” Rafael Nadal (Spain) in the quarterfinals. At the beginning of the final at Masters Rome 1000, Schwartzman also surprised Djokovic with two consecutive goals to break the serve to soon lead 3/0.

Schwartzman started well in the final

However, right after that Djokovic proved his class by equalizing 3/3. The position still took place in the balance after that until the 12th game. At that time, Djokovic, with his bravery and experience, had more tables to break the serve to win in this game with a score of 7/5. Schwartzman also got off to a good start in game two, but once again won the stronger player with the Serbian winning another 6/3 win.

Djokovic has proved his bravery and class

With a victory after 1 hour 54 minutes of playing, Djokovic got his 5th title at Masters Rome in 10 final appearances. This is also the first title of Djokovic here since the 2015 season.

With this title, Djokovic continues to surpass Nadal to become the first player to win 36 Masters 1000 titles. This will be a good momentum run. for Djokovic ahead of the French Open starting next Sunday.

Halep easily won the trophy at the Rome Masters

Like Djokovic, in the female content, former world No. 1 Simona Halep (Romania) easily won the championship because No. 2 seed Karolina Pliskova (Czech Republic) gave up due to a back injury in game 2 when The ratio is 6/0 and 2/0 in favor of Halep.

This title shows that Halep is still a strong candidate for the French Open championship this year as world number 1 player Ash Barty (Australia) and US Open champion Naomi Osaka (Japan) both skip the tournament. this.