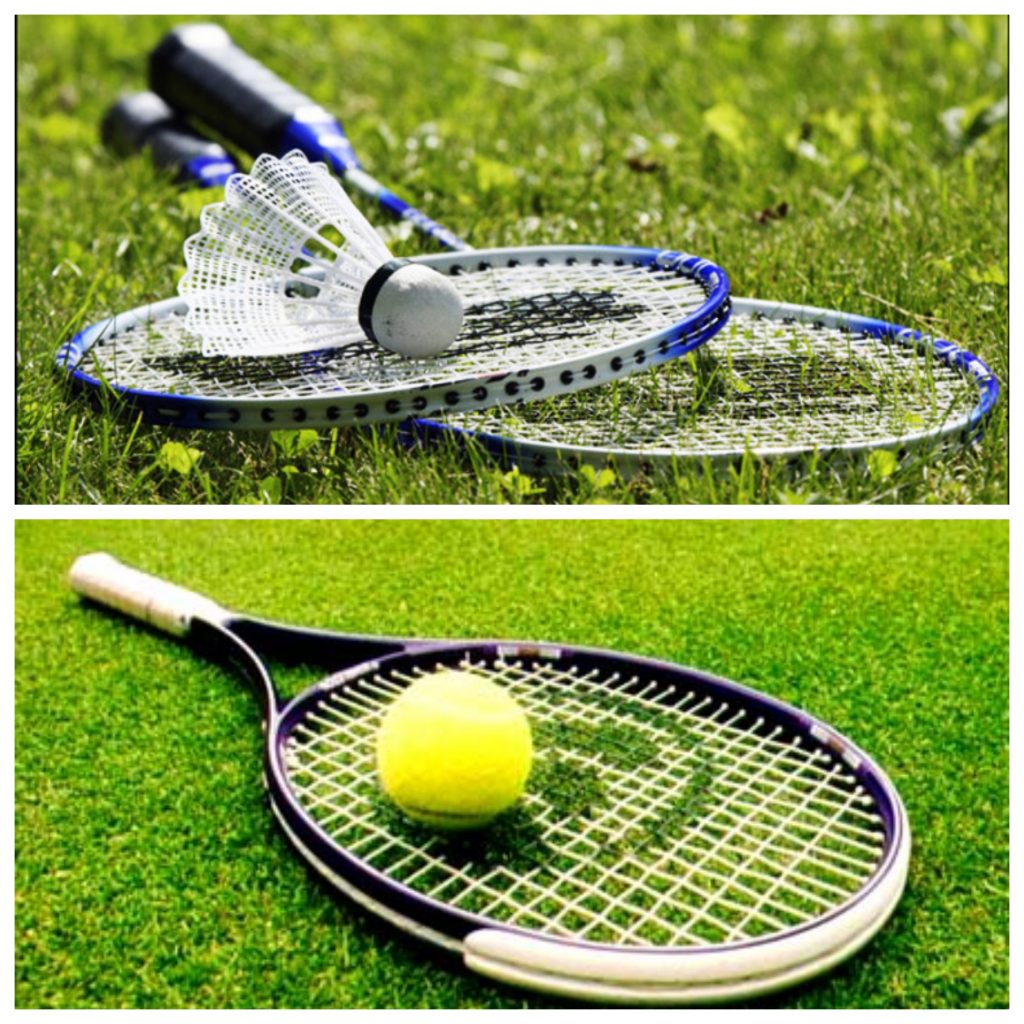 Badminton and Tennis are racket sports, involved hitting back and forth on a similar looking court having a net in the middle. They share many similar things such as having the same origins in England with strict rules of etiquette. That’s why people often get lumped between tennis and badminton. However, in fact, they are very different sports.

Here are some basic.

Badminton is faster than tennis, which requires players to run more in a single game and has more shots per game.

People might think that it is impossible that badminton is faster than tennis. However, in badminton players hit a light feather birdie while in tennis people play with a heavy ball. Compare the two by the law of physic, isn’t it obvious?

In fact, due to the style of hitting, in tennis the ball is heavier, makes it drop quicker. Players are even allowed a bounce before hitting while in badminton, players must hit the birdie while it’s in the air. In order to do so, they can do a jump smash, leverage the full weight of the body and really get that birdie flying.

Speed of badminton birdies
Badminton is a lot faster than tennis. An amateur person playing badminton will hit the birdie much faster than an amateur tennis player.

Which sport requires players to run the most? Both sports it’s difficult to tell just by watching the game. But thanks to sports statistics, an average tennis game best two out of three sets can last 3 hours makes it much longer than an average badminton game which is a little more than an hour. Therefore, in that shorter amount of time a badminton player runs twice or even three times as much as a tennis player. That’s why badminton player appears to be fitter makes a game of badminton much more high speed.