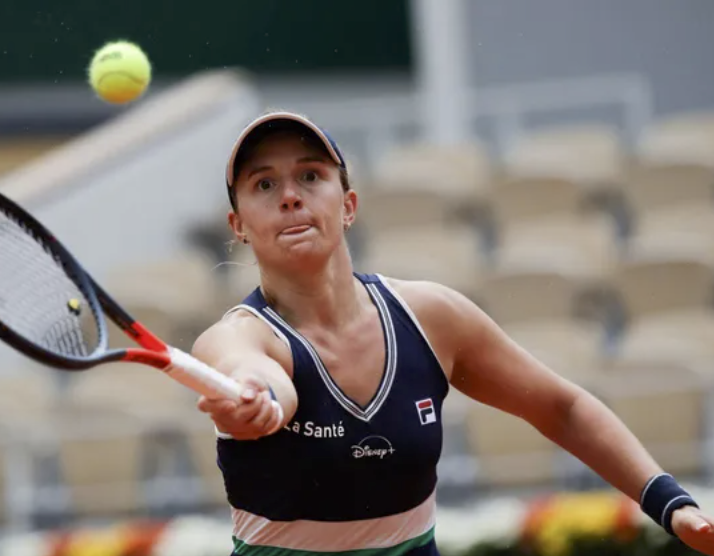 Entering the main round, Nadia began to make a new mark in her career with her first victory over the Top 50 by lowering the 27th seed of the world ranking, Yulia Putintseva 6-3, 1-6, 6-2. in round 2.

In the third round, Nadia subdued Anna Karolina Schmiedlova 6-3, 6-2. Again, this Slovakian has just eliminated the 2020 US Open runner-up Victoria Azarenka and the legendary Venus Williams (in fact the American superstar gave up).

And although she has never faced the Top 10, even the Top 20, Nadia excellently won the 5th seed, ranked 5th in the world, Ukraine’s “compatriot” Elina Svitolina 6-2, 6-4 in the quarterfinals.

She became the first female Argentinian to reach the semi-finals of a Grand Slam in more than 16 years (the previous one was Paola Suarez when she lost to Elena Dementieva in the 2004 Roland Garros semi-final).

Starting in 2020 at 255th in the world, entering Roland Garros at 131st, Nadia now promises even more breakthrough when meeting 19-year-old rival Swiatek.

The 54th Polish player in the world is also Roland Garros’ dark horse. She has not lost a set yet and has just eliminated the number 1 seed Simona Halep in round 4.

The battle between the two dark horses

The battle between the two dark horses attracts the curiosity of many people because no one would expect that there are two players from the Top 50 to go to the Roland Garros semi-finals and compete for a final place.

Swiatek is being appreciated due to the impressive gameplay. But given Nadia’s current state, it is clear that nothing is impossible. But no matter what the results tonight, Nadia is going to have a historic first day.

However, Nadia must not want the Paris dream to end any time soon. She is most likely the first female tennis player in history to start from the qualifiers and finish with the Grand Slam title.

It will be a myth of Argentine tennis and Roland Garros. Let’s wait and see.